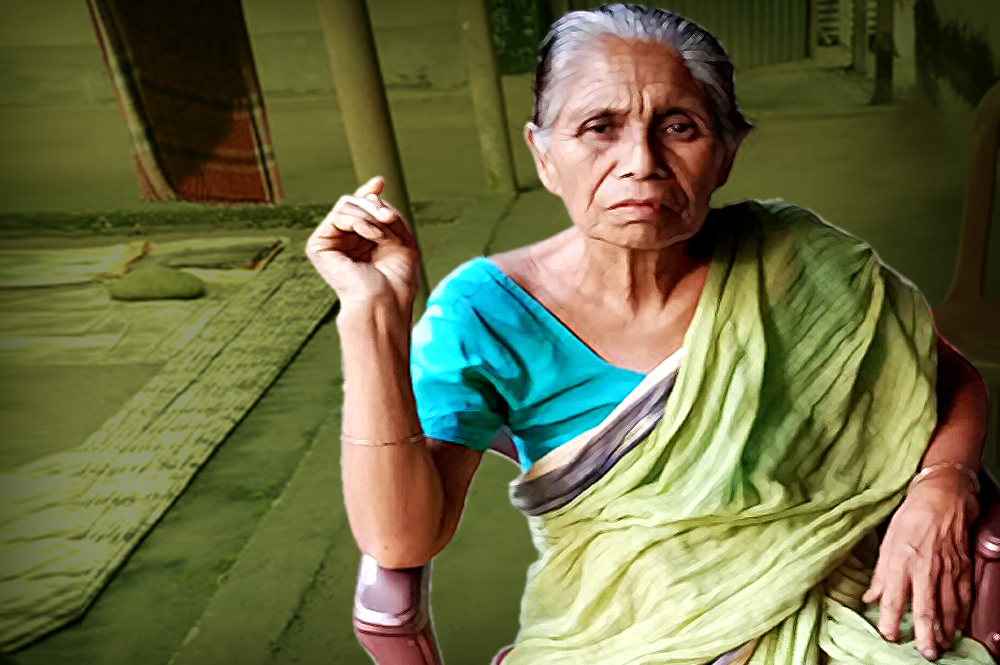 Limitless Living: Read about Anita Roy, an osteoporosis patient from a remote village in east India, who overcame a debilitating back fracture and got a new lease of life.

As the sun sets over the horizon and another day of hard work comes to an end, 70-year old Anita Roy relaxes on a plastic chair in her modest house reminiscing her younger days. A resident of a remote village in Dakua Para village, which is very close to the India-Bangladesh border, she recalls how she and her husband, both farmers, went from village to village, selling fresh vegetables grown in their field. Things took a turn for the worst when Anita lost her husband 15 years ago; life was never the same for this mother of one. A strong-willed woman, Anita did not get cowed down by life’s tribulations and took the tragedy in her stride.

She continued to toil in the fields, a modest yet life-sustaining legacy that she had built with her late husband so keep the fire burning in their home. As time went by, the demands of a growing family forced Anita to supplement her income by growing tea on a piece of adjacent land.

Pain: The silent harbinger of danger

In time, old age and the laborious tasks of farming took their toll on her. Around three years ago, Anita began to feel a nagging pain in her back which she ignored thinking it a result of her fast-advancing years. After a year of suffering silently, the unimaginable happened. Anita had a fall that resulted in a back fracture which worsened her circumstances in the days to come.

The fracture left Anita bed-ridden and dependent on her son and daughter-in-law for even the basic tasks. She couldn’t move let alone bathe or clean herself. Already in tremendous pain, Anita became mentally stressed. She missed playing with her grandson, helping her daughter-in-law with household tasks and working in the fields – in short, she missed ‘living’. Most of all, she worried if her son, who worked in a chemist shop, would be able to sustain the family with his modest income.

Treatment from local doctors proved to be of little use as Anita could see no improvement in her condition. Also, the distance of 67 km between her remote village and the nearest city of Jalpaiguri made it incredibly difficult to seek the right medical treatment. Anita’s home was located 15 km away from the nearest bus stand making her chances of getting better extremely bleak.

A ray of hope

Hope finally shined on Anita and her family when the local doctor referred Anita to a well-known specialist in Jalpaiguri city. After examining Anita, her new doctor prescribed calcium supplements. When these proved to no avail, he prescribed an injectable device that osteoporosis (bone disease) patients can conveniently administer by themselves thus reducing dependence on others. He asked Anita to use it for 3 months.

This new device contains a formulation made from vital anabolic properties to build new bone. Most importantly it is stored in a prefilled, ready to use device which enables the patient to inject the formulation correctly. When the patient’s level of acceptability of the treatment is high there is more scope for faster recovery.

Within a month of using the device, Anita was able to perform the basic tasks that she had missed out on. Today, she is living the twilight of her life surrounded by love and care.

Within a month of using the device, Anita was able to perform the basic tasks that she had missed out on. Her son and daughter-in-law are leaving no stone unturned to ensure Anita recovers fully by being attentive to her needs and insisting she rests, eats well and takes her injection regularly. Anita’s son is making sure his parents’ beloved fields are being cared for so that they can nourish and sustain the next generation of their family. Anita has finally reaped the benefits of her years of selflessness, sacrifice and hard work. Today, she is living the twilight of her life surrounded by love and care.

Making affordable healthcare a reality for all

Anita continues to use the injectable device with confidence. She is grateful to the product sales representative who went to great lengths to ensure the device reached her right at her doorstep and for explaining to her in detail its utility while sensitizing her family members about her condition. With the right combination of care and quality it is possible to improve lives.

Staying true to its legacy, Cadila Pharma provides affordable healthcare to the last standing man in society. The values of care and compassion are reflected not just in the products and innovation, but also in its people who go the extra mile to alleviate suffering.