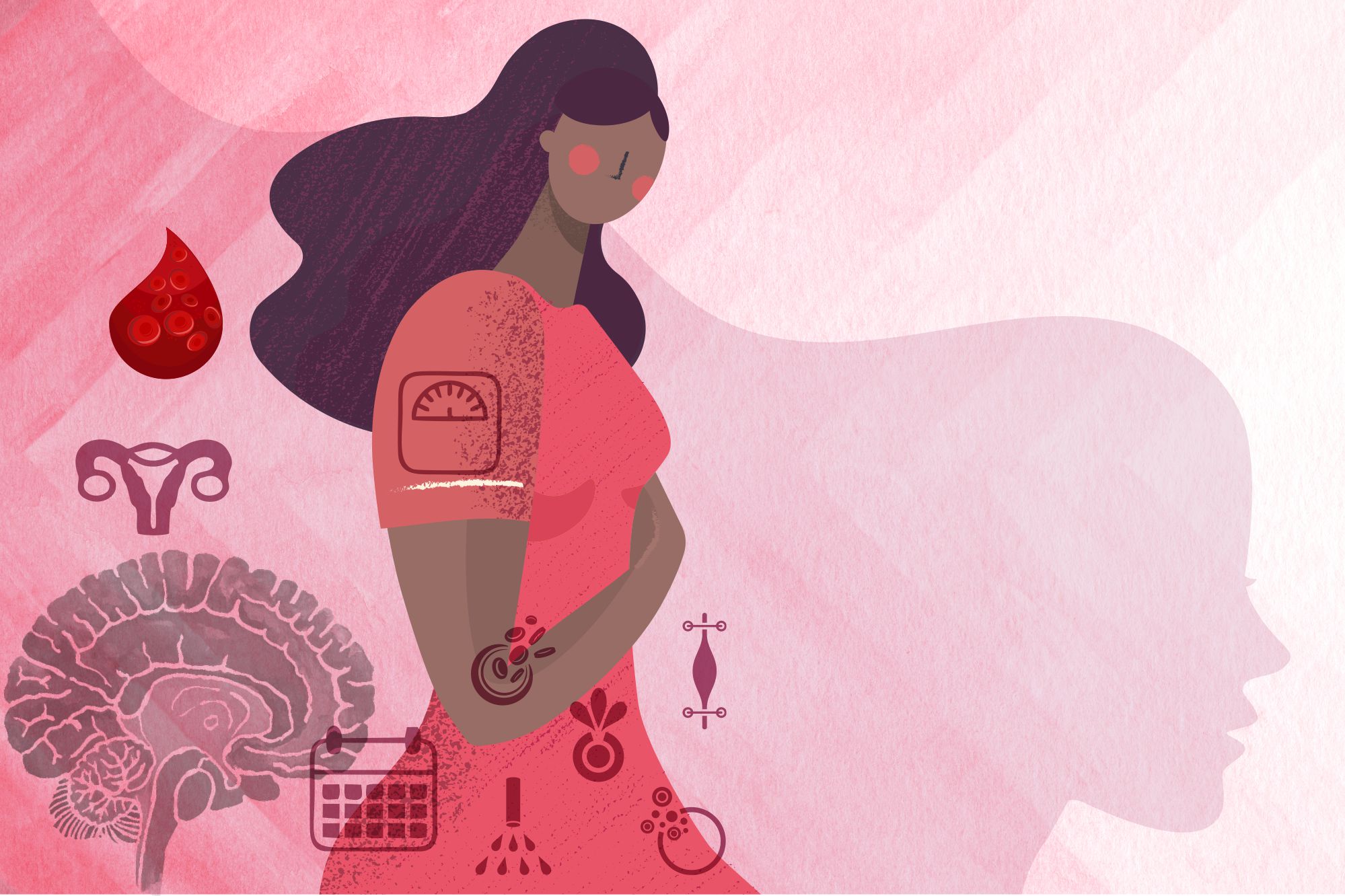 When something is wrong inside, it shows

Kokila Somani, is a 32-year old homemaker from the bustling suburb of Naroda in Ahmedabad-Gujarat. It wasn’t unusual for her to run errands, cook, clean, and feel tired. However, Kokila sensed there was more to her tiredness and fatigue. For some time now, Kokila had noticed frequent pimples and breakouts on her face. Her menstrual cycle became increasingly irregular. Eventually, Kokila started dreading to even begin the day ahead for by the end of it, she would be exhausted. As her condition worsened, she started feeling lazy and unenthusiastic about virtually everything.

Like many women around the world, Kokila did not realize that her irregular menstrual cycle was an indication of a larger problem. She blamed stress for her missed periods hoping she would get relief by way of home remedies. But her periods did not become regular with such remedies.

Life only became more stressful and dull for Kokila affecting her self-confidence and self-esteem. After consulting her doctor regarding family planning, Kokila discovered she was suffering from Polycystic Ovarian Syndrome (PCOS) – a hormonal disorder affecting millions of women in the reproductive age worldwide.

In India, an estimated 1/5 or 20% women suffer from PCOS. If left untreated, PCOS- a condition manageable with a balanced diet and exercise- can have serious impacts on women’s emotional, mental and physical health and wellbeing. PCOS in younger women may result in irregular periods, hirsutism (unwanted hair growth) and obesity. In slightly older women, PCOS may result in infertility, miscarriages and make conceiving a baby difficult. If a mother has PCOS, there is a nearly 40% likelihood that her daughter may develop it. Women with PCOS are at a high risk of developing diabetes, high blood pressure, and other health problems. Other symptoms include fatigue, thinning hair, sleep problems, mood swings, pelvic pains and headaches. Most symptoms begin a little after puberty and can progress to and/or develop during late teens and into early adulthood.

“Now, I don’t feel lazy. I have changed my lifestyle and become active; daily walks are also showing results…I hope to get pregnant soon by overcoming PCOS.” – Kokila Somani

On learning Kokila had PCOS and wanted to become pregnant, her doctor prescribed her a medication to be taken twice daily along with OCPs (Oral Contraceptive Pills) and recommended she exercise daily and take 20-minute walks. The prescribed medication sensitizes insulin, increases glycogen synthesis and glucose uptake, and is known to regularize the menstruation cycle in 87% of patients. It also reduces testosterone, acne, and hirsutism. The formulation also contains the benefits of green tea which can reduce 4.6 gm/kg body weight within 3-6 months.

Within a few months, Kokila has observed a difference in herself. “I have some relief from the symptoms and feel better than before. I am still on the medication and will continue taking it for several more months. Now, I don’t feel lazy. I have changed my lifestyle and become active; daily walks are also showing results.” Kokila sees a glimmer of hope in the darkness. She is optimistic that she will overcome PCOS and conceive a baby. “I hope to get pregnant soon by overcoming PCOS”, she says with a smile.