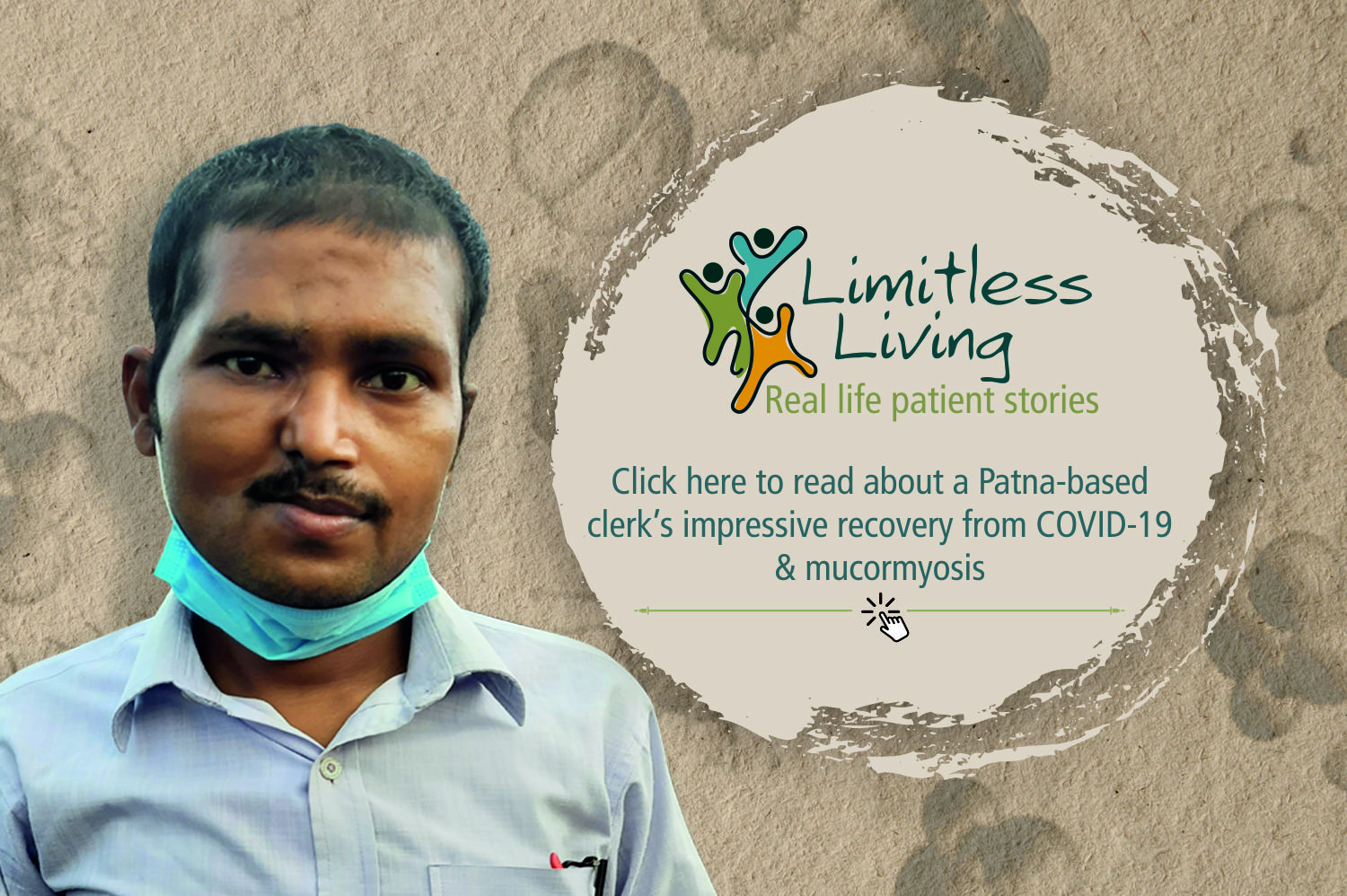 Overcrowded hospitals, doctors and nurses scrambling for oxygen cylinders, grieving families, helplessness – many have witnessed these heart-breaking circumstances more often than not since the COVID-19 pandemic began. One cannot even begin to imagine the plight of the patients who were completely cut off from their families while fighting for their lives. The death toll from this pandemic, that is still ongoing is staggering. However, there are also stories of miraculous recoveries that give us hope and instil in us the awe of the indomitable human spirit. One such story comes from the busy city of Patna, Bihar.

Caught in the pandemic’s chaos was 34-year old Ajeet Kumar, a resident of Masaurhi village, near Patna. Employed as a clerk in a company in India’s steel city of Bokharo, Jharkhand, he reminisces about his journey from complete hopelessness to a new zest for life. The oldest of three siblings, Ajeet caught the coronavirus and had to be hospitalized due to complications. Fear and uncertainty gripped him, but thankfully Ajeet was discharged after a few days. Like many COVID patients who had recovered, Ajeet felt numb with weakness, as the virus had drained the energy from his body. Yet, he was grateful to be home with loved ones for so many like him never got the opportunity to say their final goodbyes.

“I am back to work, relieved from the pain. Moreover, I got my vision back. Initially, I had lost hope of ever getting back to normal. But now I feel more confident with a sense of pride in being a fighter.” – Ajeet Kumar

The fight was not over

However, Ajeet’s relief was short-lived as he developed post-COVID complications developing mucormyosis or black fungus disease – a condition where a common fungi affects patients with extremely low immunity caused by the coronavirus. Black fungus was becoming alarmingly common in people who recovered from COVID, but little did Ajeet know that very soon he was about to face the fight of his life. After being discharged from hospital, Ajeet noticed swelling in different parts of his body due to black fungus; this was followed by pain, and deteriorating vision that spiralled to a point where Ajeet completely lost his sight.

His fragile condition and the news of several deaths as a result of black fungus made him lose all hopes of a recovery. Ajeet says, “I thought this was the end for me.” As he lay on the bed helpless and alone, Ajeet couldn’t help but think about his old parents, his young brother and sister. Would he even get a chance to say goodbye to them? How fondly he had imagined giving his sister away at her wedding, to see his brother educated, and his parents comfortable in their old age. All these dreams now seemed far and hollow as Ajeet battled for his life. But, like the saying goes, ‘Every cloud has a silver lining’.

Thanks to his doctor at AIIMS, Patna, Ajeet was administered the anti-fungal drug posaconazole. However, Ajeet’s progress was unsatisfactory in addition to the high cost of the medication which was difficult to bear for him. Soon, his doctor prescribed a new brand of the drug whose formulation was much more affordable, quicker and more effective in treating mucormyosis. Within a few months of regular consumption of the medication, supplemented with a wholesome diet, Ajeet made an impressive recovery. A happy Ajeet says, “I am back to work, relieved from the pain. And, I got my vision back. Initially, I had lost hope of ever getting back to normal. But now I feel much more confident. I have a sense of pride in being a fighter.”