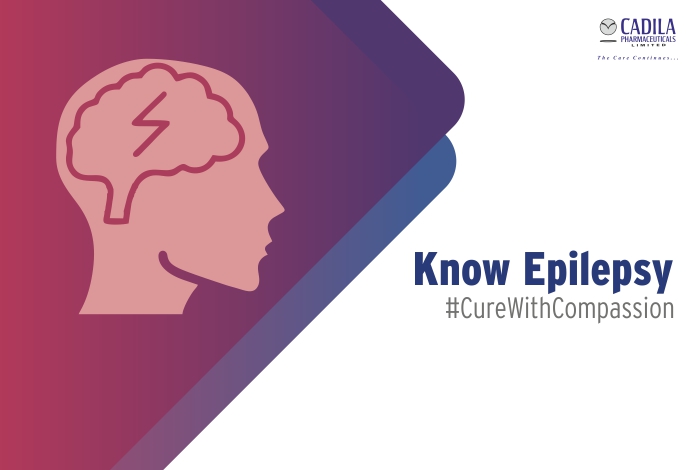 November 17, 2019:  On National Epilepsy Day, November 17, 2019, a consortium of 5 nationally renowned psychiatrists from the states of Gujarat and Uttar Pradesh, came on board for a campaign to bring awareness among the common people through Facebook for Epilepsy management.

An initiative by Cadila Pharmaceuticals Ltd which was spread across three days aggregated a total of around 33,000 impressions. It was aimed towards making the audience aware of Epilepsy and demystify the superstitions associated with the disease.

Epilepsy is a central nervous system disorder in which brain activity becomes abnormal, causing seizures or periods of unusual behavior, sensations, and sometimes loss of awareness. According to World Health Organization (WHO), In India, about 10 million people suffer from seizures associated with epilepsy and about 95% of the epileptic patients are not able to get the adequate treatment either due to the lack of medical facilities or due to the unawareness about the disease treatment.

Dr. Samyak Tiwari, a leading independent psychiatrist from Lucknow, affirmed the same by saying, “Epilepsy is a part of social stigma in India because of which people remain stuck to superstitious beliefs. They would rather prefer approaching faith healers, shamans’, black magic practitioners, and exorcists instead of an expert physician/neuro physician.”

Although the facility of mental healthcare medicine is improving almost in every part of the country, only 60% of the patients from urban areas and 10% of patients from the rural areas approach clinicians for their treatment and the rest of the patients undergo spiritual and witchcraft practices.

Due to social stigma associated with epilepsy, patients often are subject to discrimination in the society and workplace and are forced to live in the shadows. Hence, as a part of cure with compassion campaign, Cadila Pharmaceuticals utilized national Epilepsy Day to educate common people about the real facts of the disease and clear the social stigma associated with the disease as timely detection and medication are very critical for the treatment.

It is important to know that the effect of the disease can be subdued with better care and social interaction if not completely cured. With Cure with Compassion campaign, Cadila Pharma has been sensitizing the mass regarding various mental health issues such as epilepsy, depression, schizophrenia, etc. The campaign has been running for over 6 months now where every month the doctors educate their audience about one disorder. So far, the campaign collectively has reached over 1 lakh people.

Cadila Pharmaceuticals Ltd. is one of the largest privately held pharmaceutical companies. Over the past six decades, we have been developing and manufacturing affordable medicines for patients around the world. Its innovation-led drug discovery processes ensure the health and well-being of people around the world. Being a care-focused, research-driven company, we are committed to complying with the highest ethical standard in clinical research and medical practice.