Combating and Calming the Ulcer Uproar

Combating and Calming the Ulcer Uproar 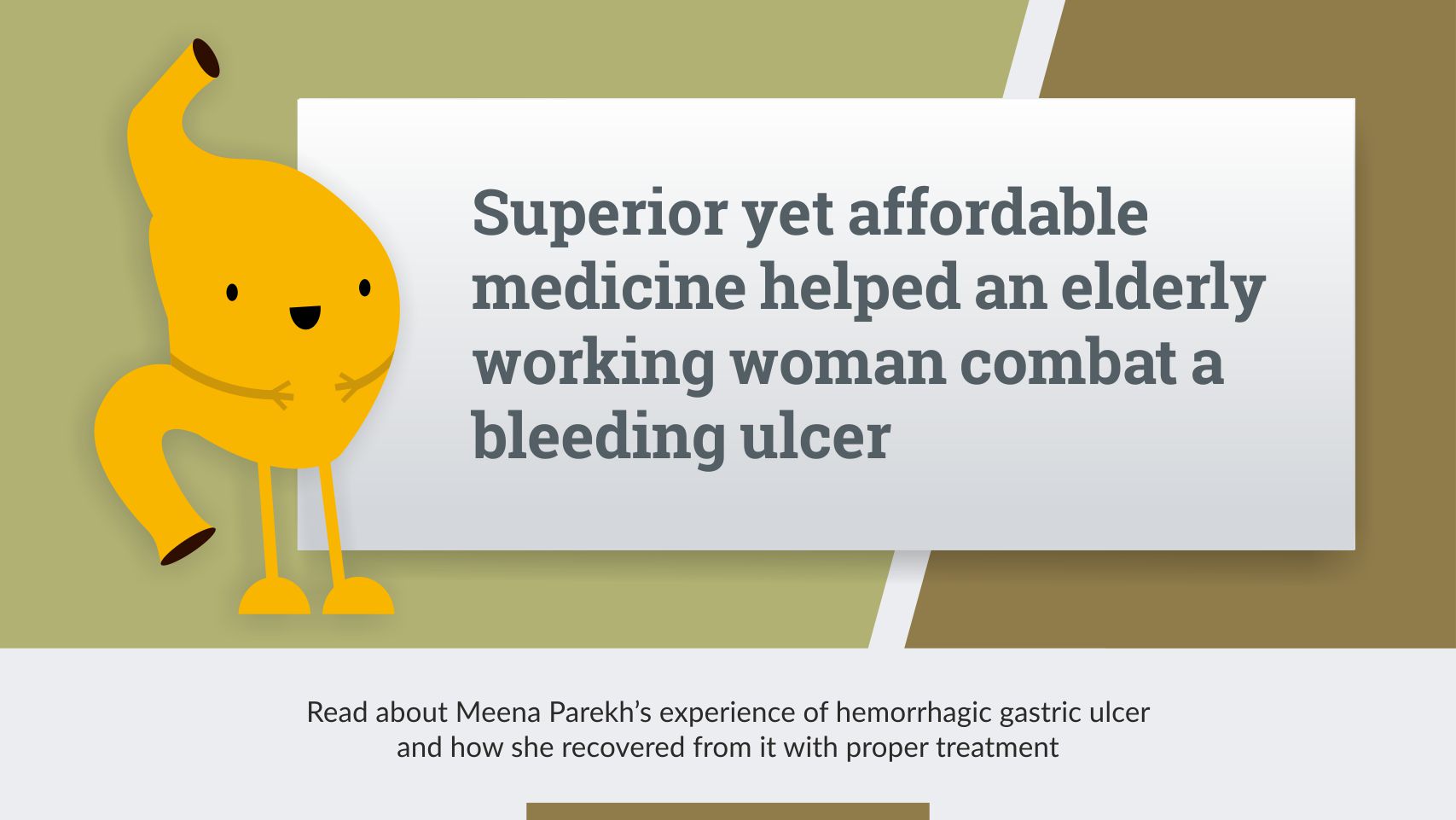 Meena Parekh, the 58-year-old banker from Ahmedabad was getting late for work. As she took hurried steps on her way out of the house, she tripped on her grandson’s toy, which was lying on the ground, and sprained her ankle. The sprain pain was becoming increasingly severe and unbearable. So, to ease her pain, her family doctor prescribed a painkiller for two days. She took the medication, with the hope to get a pain-free night’s sleep.

Meena ben woke up in the middle of the night with a vomiting sensation and rushed to the bathroom. To her utter shock, she vomited blood and even experienced blood in her stool. She was immediately taken to the emergency division of the hospital. The doctors there examined her condition. She had no abdominal or stomach pain, but her hemoglobin was not adequate. Plus, even in a sleeping position, her BP and heart rate were high. So, a Senior Heart Surgeon, Dr. Bikas Rai Das was called and consulted. He suggested doing an endoscopy, which revealed a visible hemorrhagic gastric ulcer – a hole in the lining of the small intestine and lower stomach. This ulcer had developed after consuming the painkiller medicine, which was a Nonsteroidal Anti-Inflammatory Drug (NSAID).

A Wonder Drug for Gastric Ulcer

To stop the bleeding in the ulcer, a procedure of cautery (to burn the skin or flesh of the wound via heated equipment to stop bleeding and prevent infection) was performed on Meena ben. She was then treated with intravenous esomeprazole, a medication for reducing stomach acid and is used for treating ulcer-related diseases. The cautery procedure and esomeprazole medication worked wonders for Meena ben. She began to recover steadily and there was no re-bleeding. She was discharged from the hospital after two days of clinical observation. Dr. Das prescribed her oral esomeprazole doses from a superior yet affordable brand to be taken at home until complete recovery.

Meena ben was happy and relieved to go home. In her words, “I will never forget this experience. The timely treatment and proper medication gave me the relief and recovery I needed.” Thanks to Dr. Bikas Rai Das the problem was detected and the trusted brand of esomeprazole he administered, effectively cured Meena ben’s ulcer and discomfort.

Cadila Pharma has a long and trusted legacy of care and innovation. It strives to keep improving its products so that people can have access to world-class medication at affordable prices.