I A MODI – The Initial Journey

I A MODI – The Initial Journey 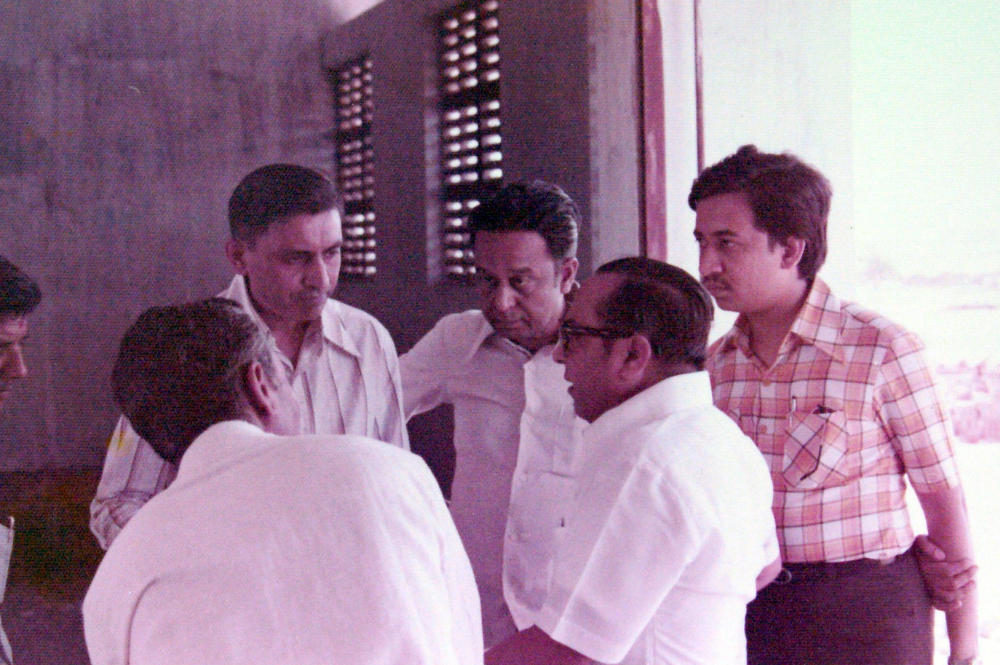 In 1951, the young Indravadan Modi dared to foray into the daunting domain of pharmaceuticals by co-founding ‘Cadila Laboratories’ along with his school friend. Mr. Modi’s down-to-earth demeanour is apparent from two striking incidents during the launch of his maiden pharmaceutical venture. Cadila Laboratories was launched on 13 March 1951, disregarding the universal phenomena of triskaidekaphobia (fear of the number 13). The second unusual fact for an Indian company was that no muhurat (official opening during an auspicious time) was organised.

One of the first hurdles arose when the aspiring entrepreneur was denied an application form for setting up a factory. Undeterred, he went on to establish one of the nation’s biggest pharmaceutical conglomerates, embedding his name on the sands of time as a pharmaceuticals pioneer in India. Although not hailing from an affluent or well connected family, he nursed secret ambitions of someday becoming a successful entrepreneur in his own right, attesting to the strong moorings of his Gujarati lineage.

Even as a young student, Mr. Modi’s passion lay in pharmaceuticals. After completing college, he worked as a Chief Chemist in a chemical manufacturing unit. But sometime later, he gave up this job to pursue his dream in pharmaceuticals by setting up Cadila Laboratories.

When he was 25 years old, he would ride 40-50 kms on his bicycle to deliver his medicines and maintain a relationship with the doctors. After setting up a manufacturing unit, he employed unusual tactics to achieve market penetration. To begin with, he focused on introducing new and novel products at economical prices. Next, visiting physicians personally, he elaborated upon the formulations and the technology used by Cadila Laboratories to make better products. Doctors appreciated his gesture of providing detailed information about the drugs produced by Cadila Laboratories and were more receptive to trying out the samples. Gradually, there was increased market acceptance of the products.

Having lost his mother in early childhood, he was brought up by his maternal grandmother, who ended up being a mentor throughout his life. He was a man of relentless drive and boundless energy, who was supremely self-confident and endowed with a sense of urgency to develop his business and take it to progressively higher orbits. Failures during the early years left him undaunted and he was always eager to return to the fray at the earliest, confident of success in subsequent forays.

A One Man Army

Operating like a one-man army, Mr. Modi took it upon himself to oversee all functions ranging from manufacturing to marketing – developing formulations, packing, labelling, making calls to doctors, convincing chemists to stock his company’s drugs and, finally, delivering the medicines personally.

With the start-up enterprise strapped for funds and no depth in human resources, Mr. Modi became a producer, promoter, distributor and deliveryman all rolled into one. Besides this, he acted as the manager, administrator and accountant to keep the other departments functioning smoothly.

Throughout his life as the owner of one of India’s most successful pharmaceutical companies, Mr. Modi never lost sight of the fact that in a nation where healthcare access was a major challenge for more than 70% of the populace, it was critical to retain focus on costs and customers.

By the time he turned 40, Mr. Modi had proved the sceptics wrong by demonstrating the capabilities of an Indian pharmaceuticals company in manufacturing quality drugs. Beginning with liquid preparations (Livirubra and Cadila Gripe), the Company soon produced and marketed formulations that included two novel products, Isopar (for the treatment of Tuberculosis) and Neuroxin-12 (Vitamins B1, B6 and B12 injection made compatible in a vial for the first _me). As part of the marketing strategy, he made it a policy to offer novel drugs every two years. With the favourable market response, Cadila slowly but surely emerged as one of the country’s most trusted pharmaceutical brands.