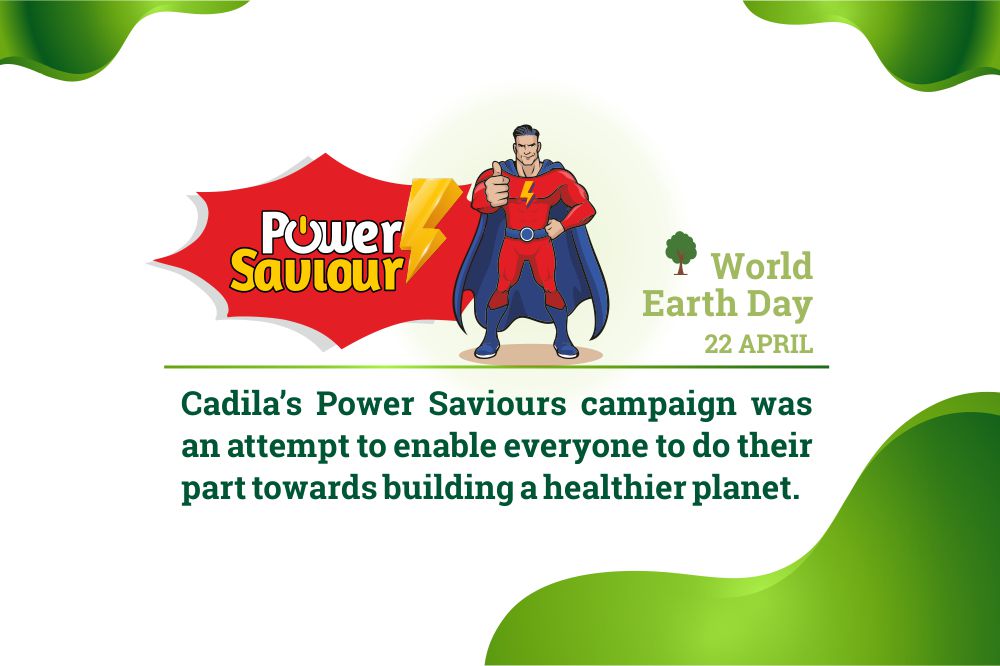 When concerns about rising energy costs in the organization were brought to the forefront, Cadila sprang into action. We created an employee communication that highlighted the importance of saving electricity and energy efficiency. The campaign aptly titled Power Saviours made the reader feel they were in charge of something important. Its visuals consisted of superhero/heroine characters that instilled a sense of responsibility in the employee. Bold, vibrant colours and large fonts made the visuals and messaging unmissable and interesting.  A quirky tagline Dimaag ki Batti Jalao, Office ki Batti bujhao (turn on the light of your mind, and switch off the light in the office) delivered the key message in a nutshell. The campaign was communicated via email and Whatsapp to all employees.

Power Saviours presented an opportunity to not only educate people about energy facts and figures and the importance of electricity, but how they can save electricity on a daily basis from work and home. Simple things such as unplugging devices e.g. laptops, mobile phone chargers from switch boards to prevent phantom load, using fans instead of air-conditioners, not leaving the windows open while the air-conditioner is on and other messages were highlighted. The campaign also presented facts and figures about India’s electricity consumption, its dependence on non-renewable fuels such as coal and diesel, the high costs associated with it and why it is crucial to save power.

We made it happen!

Three months later, it was encouraging to know that the organization had saved close to INR 6 lakhs in electricity costs in three months! This would not have been possible without the efforts and actions of our employees. Moreover, the action-oriented communication drove them to change their behaviour. It gave them the necessary knowledge as well as informed them about the precise actions they can take to achieve a goal – saving power and conserving energy.

Change begins with ‘you’

Heightened global concerns about energy conservation demand a change at the individual, societal, institutional and organizational level. The Power Saviours campaign proved to its audience that a little goes a long way. If many people take little steps, change can happen. As the saying goes, “little drops of water make a mighty ocean”. The Power Saviours campaign was an attempt to enable every individual to do her part in contributing towards a better future and a healthier planet.

Creating communication to have an impact is a rare feat. Communicating the right message to the target audience, persuading them to change their behaviour and having the desired impact is challenging, but not impossible. Action-oriented communication is a powerful tool to drive change, and we hope that this World Earth Day, many more people are enabled to take small steps towards change.