Ahmedabad-based pharma major Cadila Pharmaceuticals was declared one of the ‘Best Record Holders’ amongst 100 record holders across the world for its campaign initiative towards the ‘end the global epidemic -TB’ by worldkings.org. Cadila initiated a public awareness campaign in the ‘Fight Against (TB) Tuberculosis’ on ‘World Tuberculosis Day’ last year on March 24. During this campaign, wherein Cadila Team collected around 7215 messages from doctors across the country. The company took this humble initiative as part of its contribution to enhancing awareness towards the ‘end the global epidemic -TB’.

Worldkings organized the 4th World Record Holders Meet in Delhi recently where Cadila was announced as one of the ‘Best Record Holders’ amongst 100 record holders across the world. World Records Union (Worldkings) is the first union of national and regional records organizations in the world. Worldkings was founded by 25 business partners and initial members in 2013, India Book Of Records is also a member. Participants must go through an exhaustive process of the evaluation set by Worldkings. 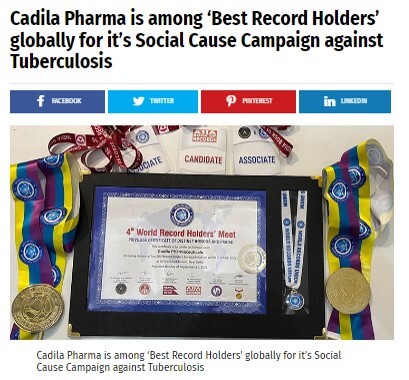 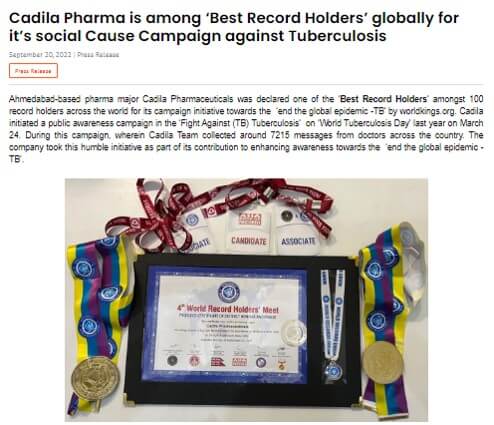 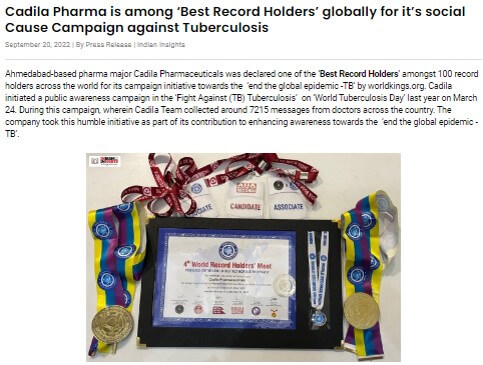 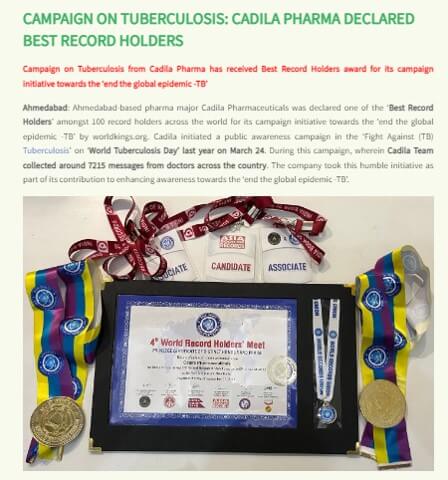 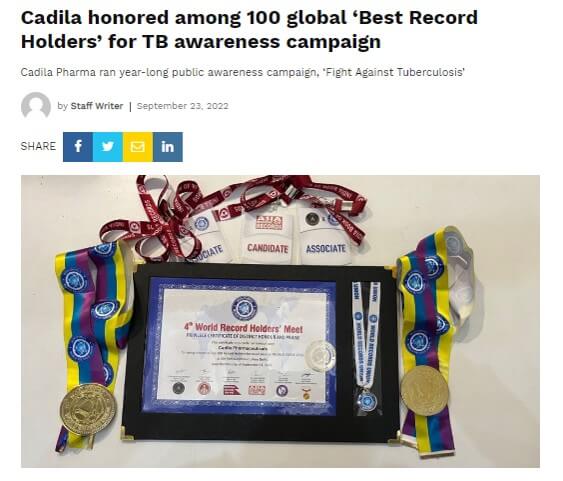 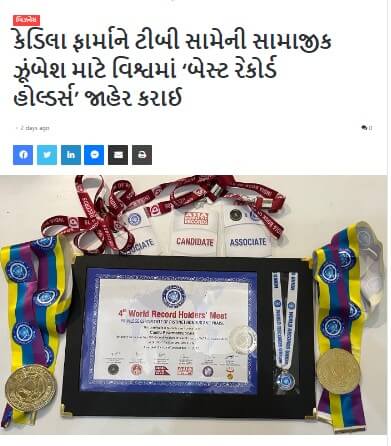 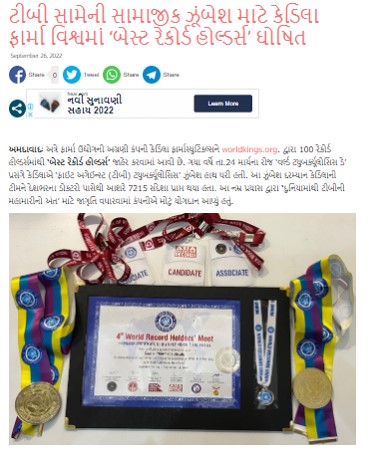 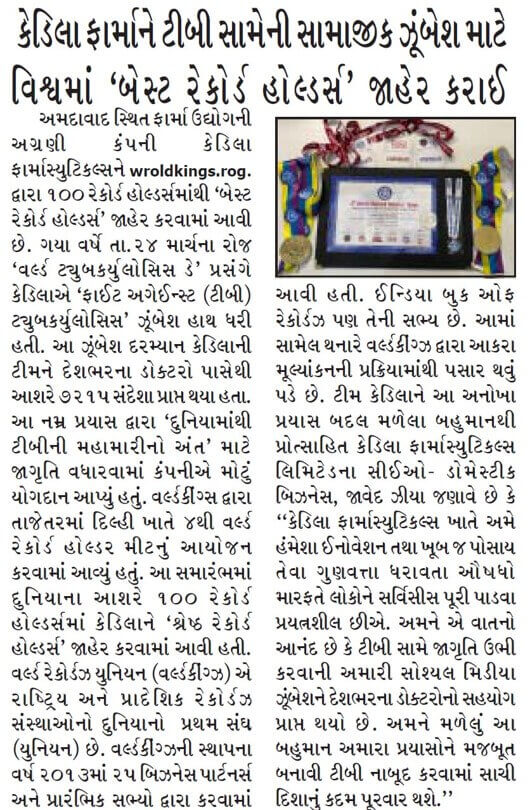 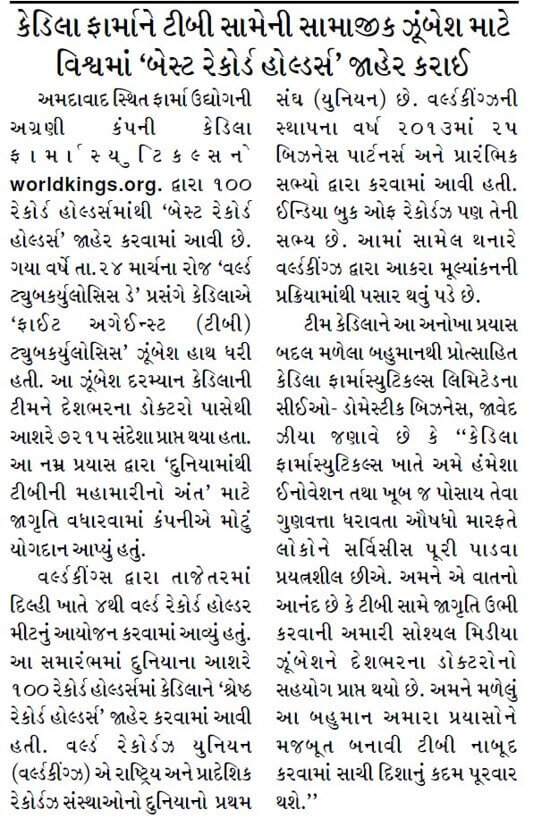 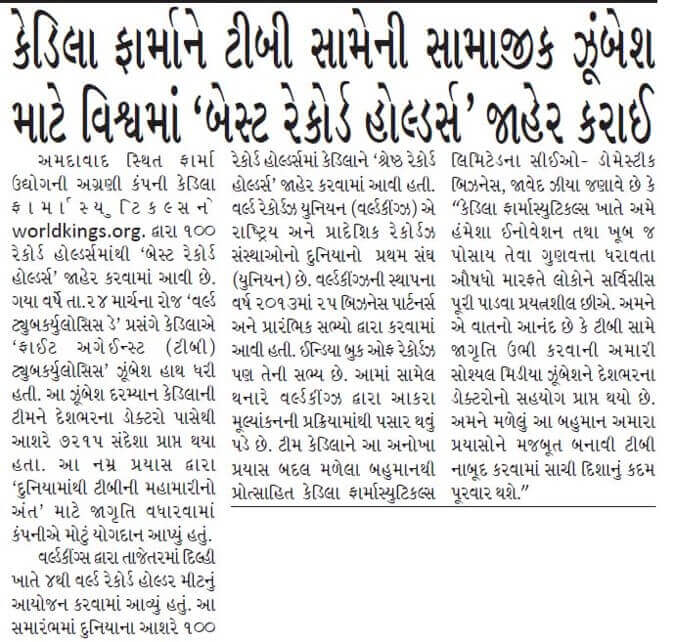 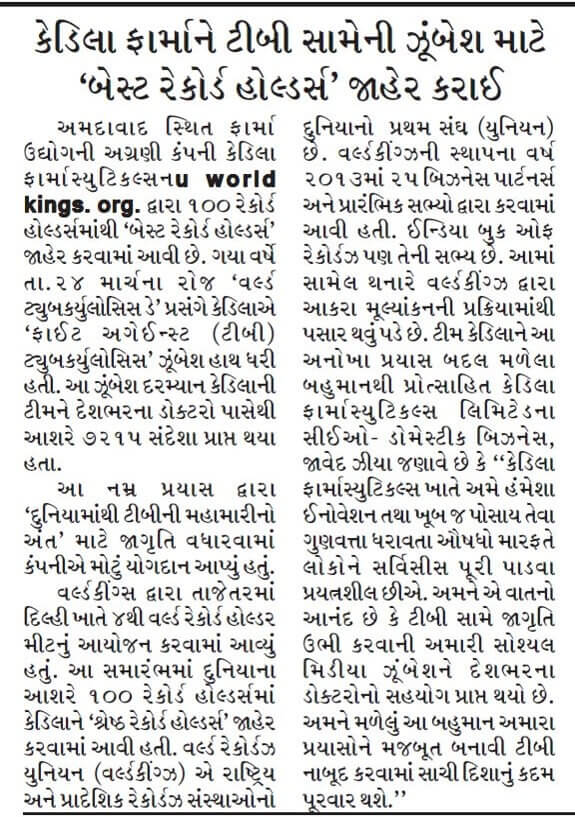